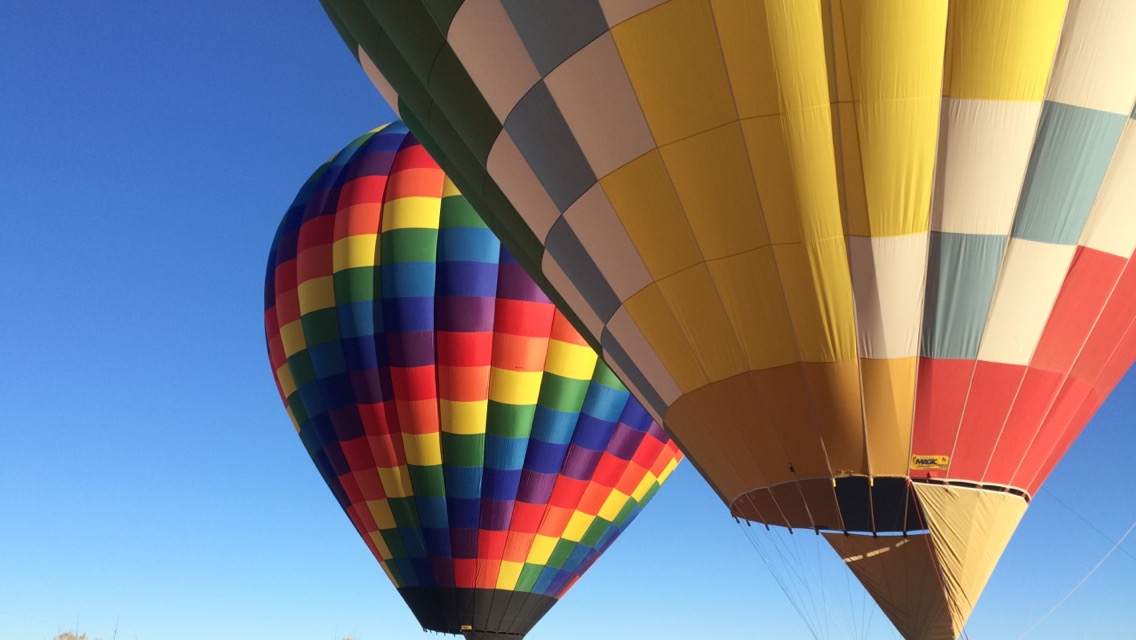 It was a quiet, clear Sunday morning. We were up early and enjoying our coffee when a very strange sound broke the silence. We looked at each other. What in the world was that? A few seconds later we heard it again, a loud whooshing, then silence. It was coming from the backyard and as we went outside to investigate, a very surprising sight greeted us.

There about 100 feet up, a hot air balloon was floating above our yard headed towards the field behind our neighborhood. (Yes, the same field where we searched for our infamous neighbor Balloon Boy in 2009, but that’s another story.) We waved to the people in the basket and they waved back. The pilot used the burner to finesse his way onto the field, and it was the most peaceful, serene scene; the colors of the envelope bright in the morning sun, the whoosh and then silence, the smiling, waving people in the basket.

Seeing hot air balloons is a common occurrence in our town, but always from a distance. Being close enough to see those smiling, happy people, I wanted to be one and decided that I would surprise Brett with a balloon ride for our upcoming anniversary.

I made arrangements with Fair Winds Hot Air Balloon Flights out of Lafayette, Colorado and was excited as the day approached. The night before, I told Brett that I was taking him somewhere in the morning, that he would need to dress warmly, and that we would be leaving very early. I awoke to a text that said the winds were too high, and there would be no ride for us that day. Disappointed! But it wasn’t our first weather delayed activity and it certainly won’t be our last.

Patience isn’t my strong suit but our rescheduled day finally arrived and the weather was perfect. I had managed to keep the secret and Brett was very surprised when we arrived at the launch site, the deflated balloons spread out over the field. A tent was set up with breakfast foods and coffee which we enjoyed, and when it was time to inflate the envelopes we helped our pilot by holding open the mouth to allow the heat to enter. It’s amazing how quickly those huge balloons inflate!

It was time to get in the basket, and I felt a little like the Wizard of Oz. People were holding ropes as we climbed in and then something very interesting happened. As we slowly left the earth, I had a mild panic attack, which very easily could have progressed into a severe one, had I not willed myself to get my sh*t together.

Here’s the thing: In a high adrenaline activity like skydiving, you know that it is going to be intense. You prepare yourself and it’s not a surprise when your heart is in your throat the moment before you huck yourself out of the plane. That is the scariest time but when you are in the air you don’t have time to think. The hard part is over and you have the freedom to just enjoy the ride.

Being in a hot air balloon is exactly the opposite. It appears to be the most serene, peaceful thing ever, so you don’t prepare yourself for the fact that when you are in one for the first time you have a lot of time to think. You look at the fire of the burner in such close proximity to the cloth of the envelope, the whoosh so loud just a few feet above your head, and the earth getting farther and farther away. 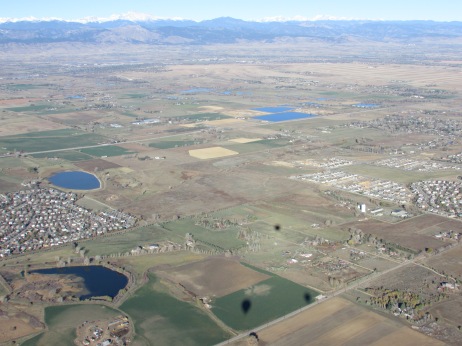 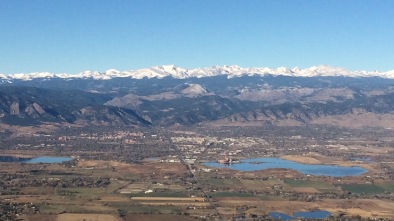 The first few minutes of that ride were not very enjoyable for me. I had to give myself an emergency pep talk otherwise it was going to be a very long hour and a half. Thankfully, I was able to turn it around and stop thinking about worst case scenarios and only focus on how amazing this was! It was a perfect, clear fall day. The Rockies were covered with snow, and we could see downtown Denver 25 miles away. The sky was dotted with other balloonists, and this really was the peaceful, serene experience I had expected it to be.

And then there was the icing on the cake of an already incredible day. Our pilot was going to bring us in for a landing in a field across the street from a neighborhood. As we came in closer, we could see a dad out for a morning bike ride with his two little girls. They stopped to watch us and waved. I waved back with vigor, a huge smile on my face. I was the waving, smiling person in the basket. When we landed, the girls ran over to us and asked if they could get in. After getting the okay from their dad and the pilot, Brett lifted them into the basket. They were so happy!

There is a long standing tradition in ballooning that after a successful flight, the passengers and crew celebrate with champagne. This dates back to the late 1700s, when ballooning became a fad in France and the aristocracy learned that farmers didn’t like rich people landing balloons in their fields. Champagne was brought as peace offerings to the farmers for disturbing their fields, and the tradition stuck.

Fair Winds gave us each a small bottle of champagne, which we enjoyed at home while discussing our incredible day. I was surprised to find out that Brett had gone through the same mild panic attack that I had, but had been able to pull himself out of it too. He had seemed so calm throughout. I found it funny that he thought the same thing about me. I guess we’re both good at hiding our fear. It had been a stealthy adrenaline rush for both of us, but ultimately a very special experience that I would love to do again.

“The best way of travel, however, if you aren’t in a hurry at all, if you don’t care where you are going…is in a balloon. In a balloon, you can decide only when to start, and usually when to stop. The rest is left entirely to nature.” -William Pene du Bois

← Fear is Temporary, Regret is Forever
2017: Books Read and When An Idol Comes Crashing Down →

7 Comments on “A Stealthy Adrenaline Rush”