Glaciers, and Bike Rides, and Brews, Oh My! 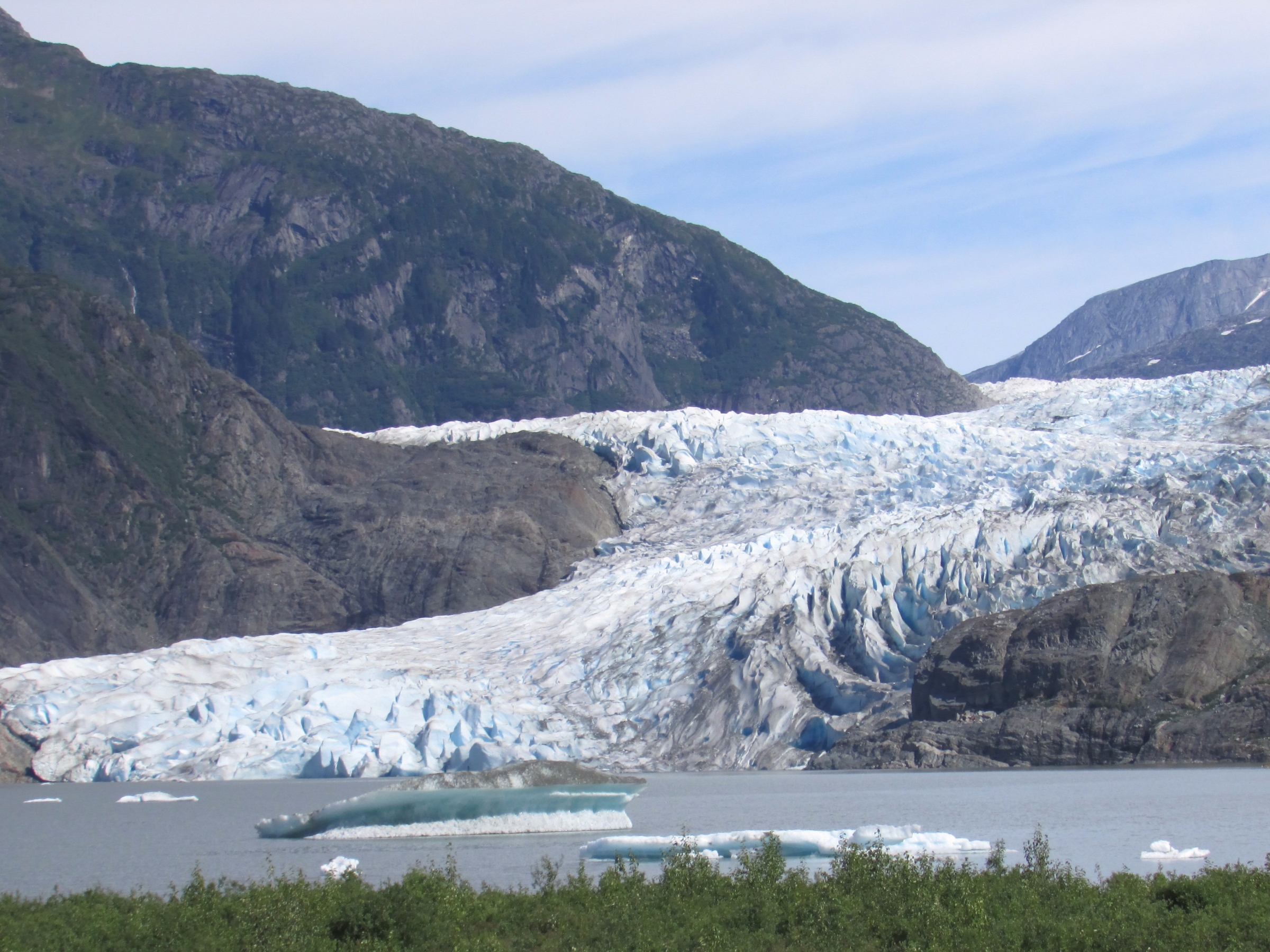 Juneau, Alaska is a very special place. It is the only US state capital that is inaccessible by road, and can only be reached by plane or boat. Interestingly, it is on the mainland, however the rugged terrain surrounding it makes road travel impossible. It also has a very colorful gold mining past.

Joe Juneau was a Canadian miner and prospector who co-founded the settlement with Richard Harris. When it was time to name the city, Juneau bought drinks for the townspeople to help persuade them to name the city in his honor. It worked.

Having only one day in each of the ports, we had to maximize our activities. Bike & Brew was great! And it was perfect for our fairly large group. We were picked up by Cycle Alaska and driven out to Chapel by the Lake, where we got our bikes, helmets and our first glimpse of the Mendenhall Glacier across Auke Lake. It honestly didn’t look real; it was so perfect and beautiful.

The 8.5 mile ride was a mix of street riding and dirt paths through the forest, but don’t let the words “street riding” fool you. Yes, it was a paved road, but it was bordered on both sides by dense forest and we saw maybe two cars the whole time.  Our guide was great. He was a 17 year old native who regaled us with funny and interesting stories of Juneau’s hardscrabble gold mining past as we rode along. This is a great activity for large or small groups and is not physically demanding.

Riding the bike trails of Juneau. 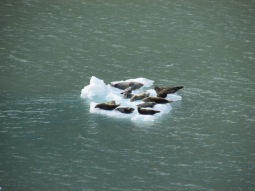 Seals kicking it on the ice.

Cool shadows at a bus stop in Juneau

Mendenhall Lake was the end of the trail, with Mendenhall Glacier visible in the distance. We then loaded up in vans, and were driven to the glacier’s Visitor Center where we took a short hike out to get as close to the glacier as we could. It was absolutely stunning! Our son, Holden didn’t enjoy it as much as the rest of us though. He ventured out onto some rocks in the lake to get photos from a different perspective and slipped into the water. Luckily the damage was contained below his knees, but glacier water is cold.

Next we headed back to downtown Juneau to Merchant’s Wharf where we got our tasting of Alaska’s award winning micro-brews. It was the perfect ending to a really great experience, and I recommend it.

Our next port was Skagway, and here we decided to hike the whole day. We opted for the Lower Dewey Lakes trail, which was really beautiful but not too difficult. We had all levels of hiking abilities in our group and everyone made it to the end of the out and back trail, although there was a bit of complaining along the way from a few. You know who you are. 🙂 There is an Upper Dewey Lakes trail that is more challenging, if you are looking for a more strenuous hike.

View of Skagway from the trail to Lower Dewey Lake 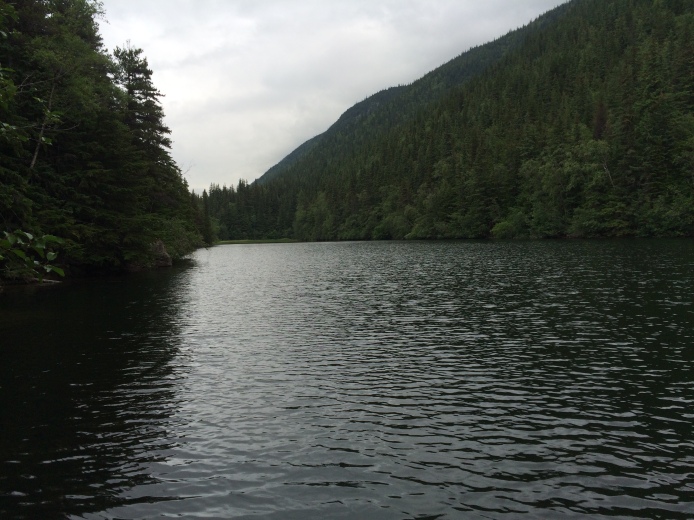 The Whitneys are known for their weak ankles, and it was Brett’s turn to get a bad sprain. The trail is steep and rocky and coming down, he twisted his ankle very badly. Luckily we were close to the trail head, but unluckily we had another hike planned to the Gold Rush Cemetery and Lower Reid Falls that he had to miss. After we all enjoyed a nice lunch in town, he gimped back to the ship with the aid of a stick found on the trail and that was the last we saw of Brett in Skagway.

The “hike” to the Gold Rush Cemetery and Lower Reid Falls is 4 miles RT, but about 3.5 of those miles are through the town. The cemetery is on the outskirts of town and it was fascinating! We spent quite a lot of time looking at the headstones, wondering about the rugged, brave people who lived the gold miner’s life in the late 1800s. There were quite a lot of women and children too. This is an easy stroll (the elevation gain is 50 ft) and well worth the time, especially if you are interested in seeing some history of the area.

After checking out the cemetery, we went a little further up the trail to the beautiful Lower Reid Falls, named after Frank Reid, whose grave is in the cemetery. He was a prominent resident of Skagway, and another colorful character in Alaska history who died of injuries from a shootout. He is hailed as a hero of Skagway to this day.

The American west speaks to me; the bravery of the people that forged a life in wild, unknown places. The risks they took and adventures they sought, while leaving the safe and known behind are qualities I admire very much. Our time here was short, but I hope to visit Alaska again someday, and get better acquainted with the Last Frontier.